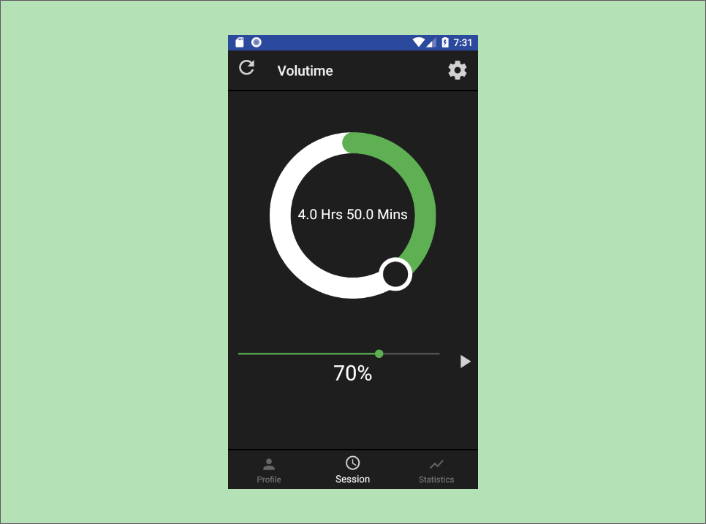 Long exposure to music at high volumes music can result in noise-induced hearing loss. Headphone users are at risk as they often exceed the safe threshold of 85dB. Most people are unaware what volume level can be damaging to them and the time it will take to cause harm.

As part of a human-computer interaction course, my team wanted to create an application that would clearly show the relationship between volume and listening time. When someone goes to listen to a song at a certain volume it will show them the safe amount of time to listen for. If they exceed that time during a listening session the app will set their volume to 0 and send them a notification. Similarly, indicates how long they are listening to music for, the app will show them the maximum volume they can listen at.

My team created a prototype application that adjusted the user’s volume based on a desired listening time or adjusted their listening time based on their desired volume. It has 3 songs built in that mimicked integration with a music streaming platform such as Spotify. It allowed users to set a default volume, and indicate their headphone type. The app was demoed at the Creative Computing Showcase at Queen’s University in April 2018 where it won the award for People’s Choice in Human-Computer Interaction.